A Glimpse Into the Schools of 1946

by CynthiaAmbrose on October 27, 2014 in Public Education • 0 Comments

What’s past is prologue.

It is sometimes difficult to capture much more than a glimpse into the past to really realize just what a profound influence a particular event means to a community.  It is during these rare glimpses that the veil of time is at its thinnest and individuals realize that certain events are turning points that forever shape a community far into the future.  Some events have a far greater impact than the current generation can see or perhaps that future generations will know to appreciate.

In October 1946 the George Peabody College for Teachers presented Horry County Schools with a written report on the status of the schools in the county. A colleague shared it with me after finding the report among the shelves of materials that managed to survive at least four central office moves that I can remember.  For me this report is a poignant point on a time line of events that have resulted in the schools we have in this county today.  Horry County Schools today is far different than the school system we had in the past.

As a point of reference at the time of this publication, my mother was two years old, and my father was six.  My paternal grandparents are the only ones that I can remember from my childhood.  In 1946 my grandmother, Kathleen, was 26 years old and my grandfather, MacDuffie, was 36.  They knew the elementary schools in their community well having children attending them and having attended the schools themselves as children.  My grandfather only attended school up through 3rd grade, and my grandmother attended school through the 6th grade.   While they did not have a high school education they were two of the most intelligent people I have ever known.  My grandfather could debate politics and world events.  He read sets of encyclopedia from cover to cover, and he never missed the nightly news.  As a child he had to stop school when a parent became sick and he was needed to work on the farm.

My grandmother was an honor roll student as a child, and I know this not because she told me but because I found her name in the local newspaper in a piece they ran each week that featured stories from five, ten, twenty-five and fifty years ago.  Upon seeing her name listed under the Fifty Years Ago Today heading I clipped it out and took it to her.  I remember saying, “Look what I found!  Grandmother, I didn’t know you were an honor roll student.”  She straightened her petite frame to gaze up to meet my eyes and said, “Yes, I was a smart, good student. I could hear the exasperation in her voice mixed with a deep sense of sadness. I was puzzled. If she had been a good student then why didn’t she complete high school? I could not make sense of how a good student dropped out of school so I asked, “If you were a good student, then why didn’t you graduate?”

She dropped her gaze a bit and replied in a melancholy voice that slightly quivered as she spoke, “I couldn’t afford the cost to ride the train to high school.  It cost too much, and my father said I had to stay home to help with the work on the farm and with the younger children, but we really couldn’t afford the fare. I cried a lot that first year.  I really wanted to go to 7th grade and finish high school.”

My grandmother had just given me a glimpse into the history of the schools in our county.  I had never thought about the families who could not afford transportation to the community high schools. Transportation was not provided consistently at the time, and apparently not much had changed from 1931 when she was in 6th grade to 1946 when the report was published.

I had studied public education and the history of the schools in South Carolina as well as the State constitution and laws that govern the public schools in a favorite college professor’s class at the University of South Carolina.  I knew that in South Carolina public schools did not really become a priority for the State until the 1950s and even then not for all students.  In 1946 there were two separate and unequal educational systems in Horry County, and almost 50% of the students who did enroll never completed high school.  Many were lost, according to the report, during the transition from elementary to high school.  The history I learned about in a college class just became very personal and very real for me.

On page 9 of the George Peabody Survey Report the paragraph below is found:

The most recent available copy of the school laws is found in School Laws of South Carolina, 1942.  State Department of Education, Columbia, South Carolina.  This book has been studied to find out what regulations control the local Horry County Schools, for it makes a difference if the school are like they are because the law requires it, because the patrons want them that way, or because there are not enough people who care.

The report appears to have been commissioned by Horry County in an effort to improve the schools via a formal request from the Board of Education and Superintendent T.W. Anderson and provides information on the conditions and organization of administration, instructional programs, educational achievement, teaching staff, and facilities.  Apparently there were some people who cared.

In the time line of my family history, this report was commissioned long before I was born and over twenty years before I ever entered school.  Yet, I can very much identify with the conditions described in the report from my own school experiences.   From reading it cover to cover, I can see how it was an attempt by the county leaders of the time to shake off the shackles of the past and build the foundation for something that would serve students well far into the future.  From studying the 1946 report, perhaps we can see through the veil of time to enough to fully appreciate the foresight of the school leaders of that time and the impact of their actions.

I will be sharing more from this report in future blog posts. The piece provides valuable background on the past and lessons that are still relevant in 2014.

← The Students Who Need Us Most
Too Cute Not to Share! → 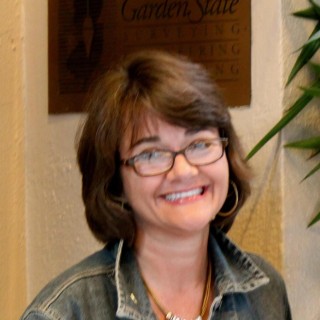